Wizard at Large by Terry Brooks 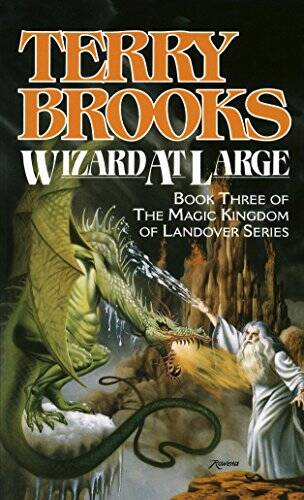 bk3 in Magic Kingdom of Landover Series It all began when the half-able wizard Questor Thews announced that finally he could restore the Court Scribe Abernathy to human form. It was his spell that had turned Abernathy into a Wheaten Terrier--though with hands and able to talk. All went well--until the wizard breathed the magic dust of his spell and suddenly sneezed. Then, where Abernathy had stood, there was only a bottle containing a particularly evil imp.