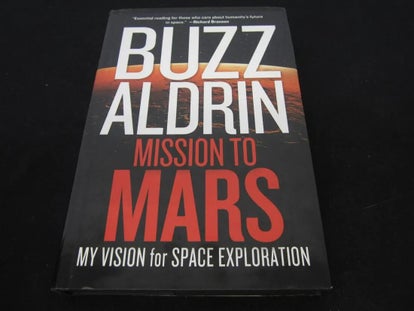 Legendary “space statesman” Buzz Aldrin speaks out as a vital advocate for the continuing quest to push the boundaries of the universe as we know it. As a pioneering astronaut who first set foot on the moon during mankind’s first landing of Apollo 11–and as an aerospace engineer who designed an orbital rendezvous technique critical to future planetary landings–Aldrin has a vision, and in this book he plots out the path he proposes, taking humans to Mars by 2035. Signed by Author. CoA included. Remainder copy.