The Day of the Locust by Nathanael West 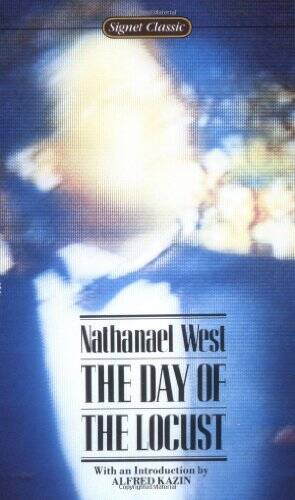 The Day of the Locust is a novel about Hollywood and its corrupting touch, about the American dream turned into a sun-drenched California nightmare. Nathanael West's Hollywood is not the glamorous "home of the stars" but a seedy world of little people, some hopeful, some despairing, all twisted by their by their own desires -- from the ironically romantic artist narrator, to a macho movie cowboy, a middle-aged innocent from America's heartland, and the hard-as-nails call girl would-be-star whom they all lust after. An unforgettable portrayal of a world that mocks the real and rewards the sham, turns its back on love to plunge into empty sex, and breeds a savage violence that is its own undoing, this novel stands as a classic indictment of all that is most extravagant and uncontrolled in American life