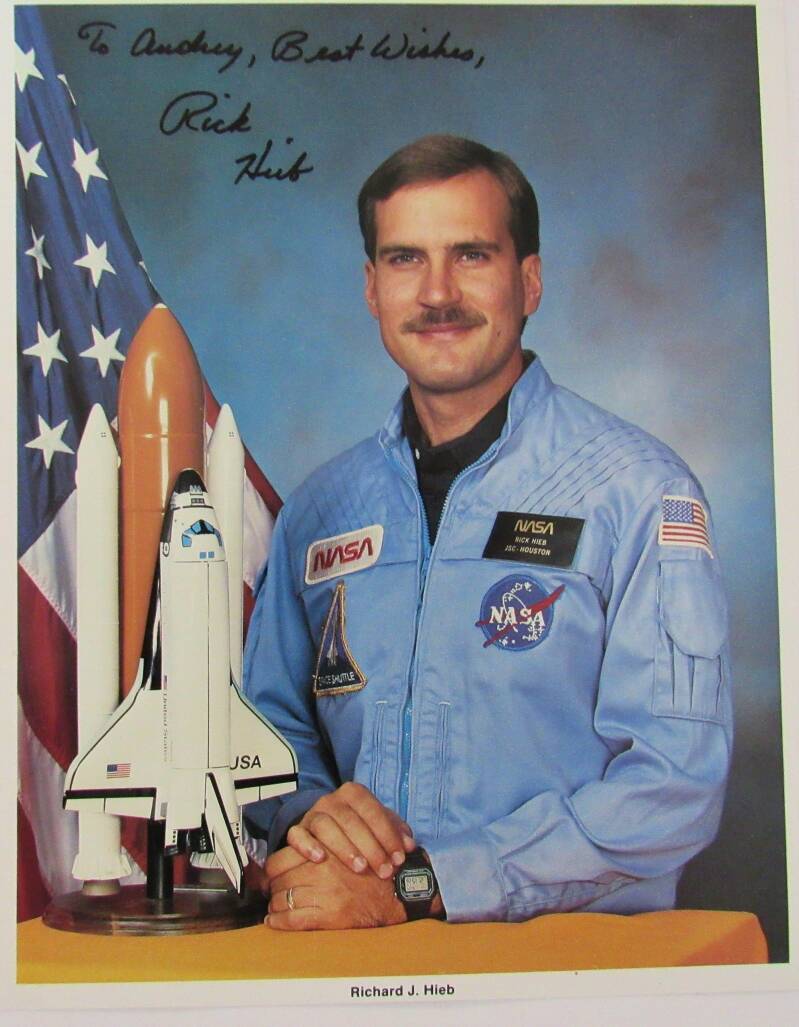 He partook in the only three person spacewalk which became the second longest spacewalk in history. Heib spent a total of about 32 days in space.

The photo is inscribed "To Andrew, Best Wishes, Rick Heib"