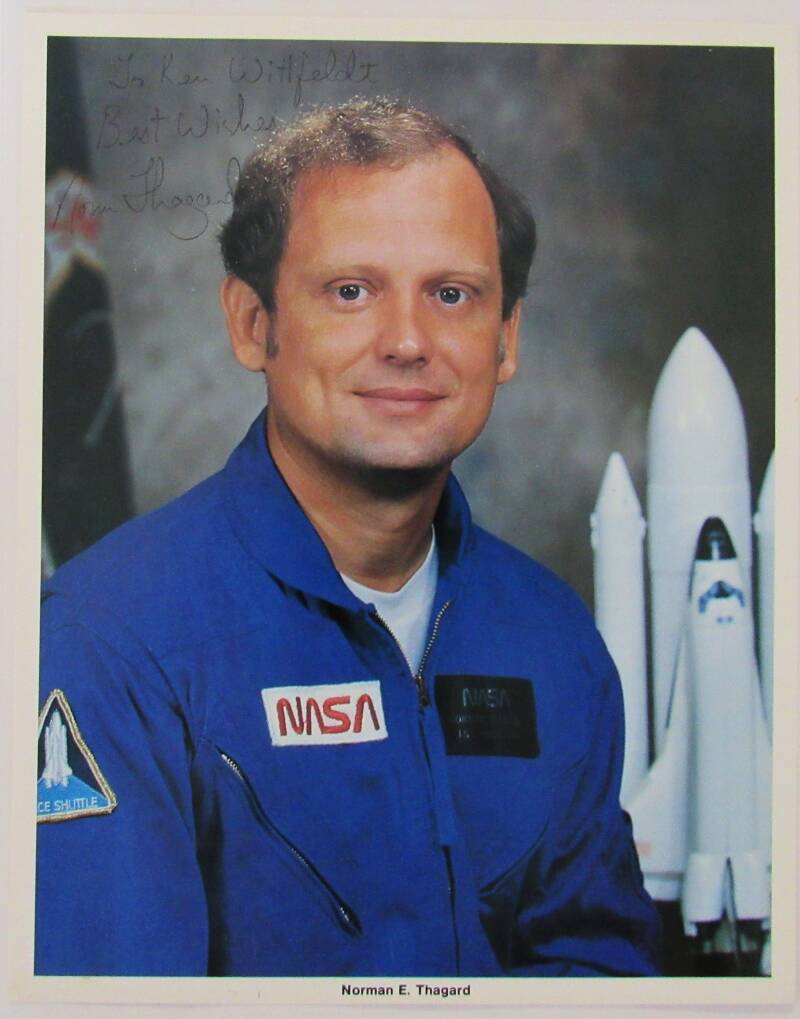 Norman Thagard can be considered the first American Cosmonaut. He was the first American to ride to space on board a Russian craft. He's logged more than 140 days in space and has served onboard the STS-7: Challenger as a Mission Specialist along with Sally Ride. They had their first mission together. The STS-7 marked Sally Ride as the first female astronaut in space.