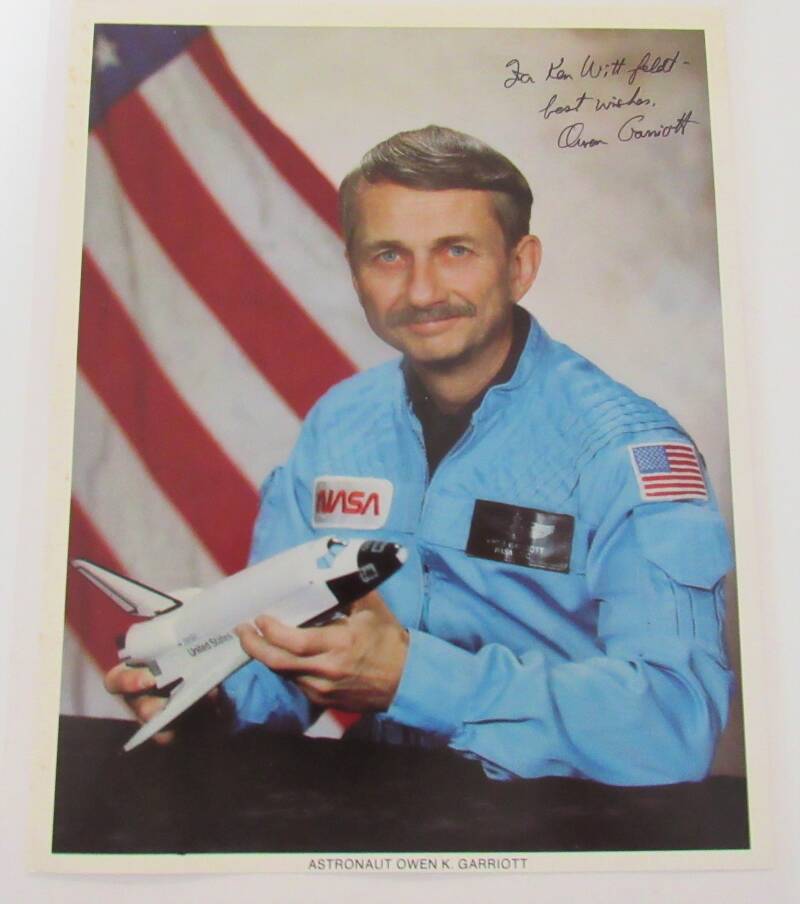 Selected by NASA in 1965. His first spaceflight, the Skylab 3 mission in 1973, set a world record for duration of approximately 60 days. He also served on the STS-9: Columbia as a Mission Specialist. Here among other things he operated the world's first amateur radio station from spaace.

Garriott passed away in 2019 and had clocked more than 69 days in space. His inscription reads "To Ken Wittfeldt - best wishes, Owen Garriott