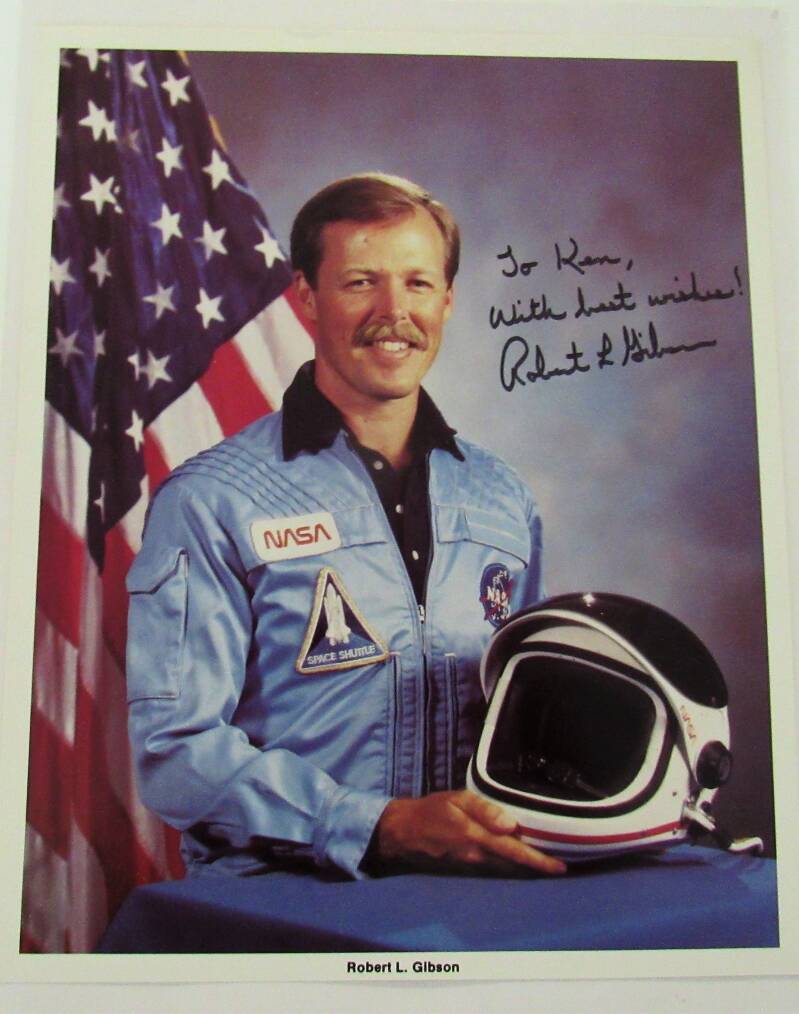 Selected by NASA in January 1978, Gibson became an astronaut in August 1979. He served on the STS-41-B: Challenger as pilot (this mission included the first unteathered spacewalk. Gibson also served on STS-61-C: Columbia as pilot, STS-27: Atlantis as Commander. He commanded STS-47: Endeavor (which included the first Japanese astronaut, Mamoru Mohri, and the first African-American woman, Mae Jemison, in the crew) and STS-71 Atlantis-Mir. Gibson served as Chief of the Astronaut Office (December 1992 to September 1994) and as Deputy Director, Flight Crew Operations (March–November 1996).

In his last mission, he led the STS-71 joint mission between the Russians and Americans. He shook haands with Vladimir Dezhurov symbolizing the newly-found cooperation between the United States of America and the Russian Federation. Then President Bill Clinton mentioned in a speech later that day that aact went a long way towards ending the Cold War.