The Kills by Linda Fairstein 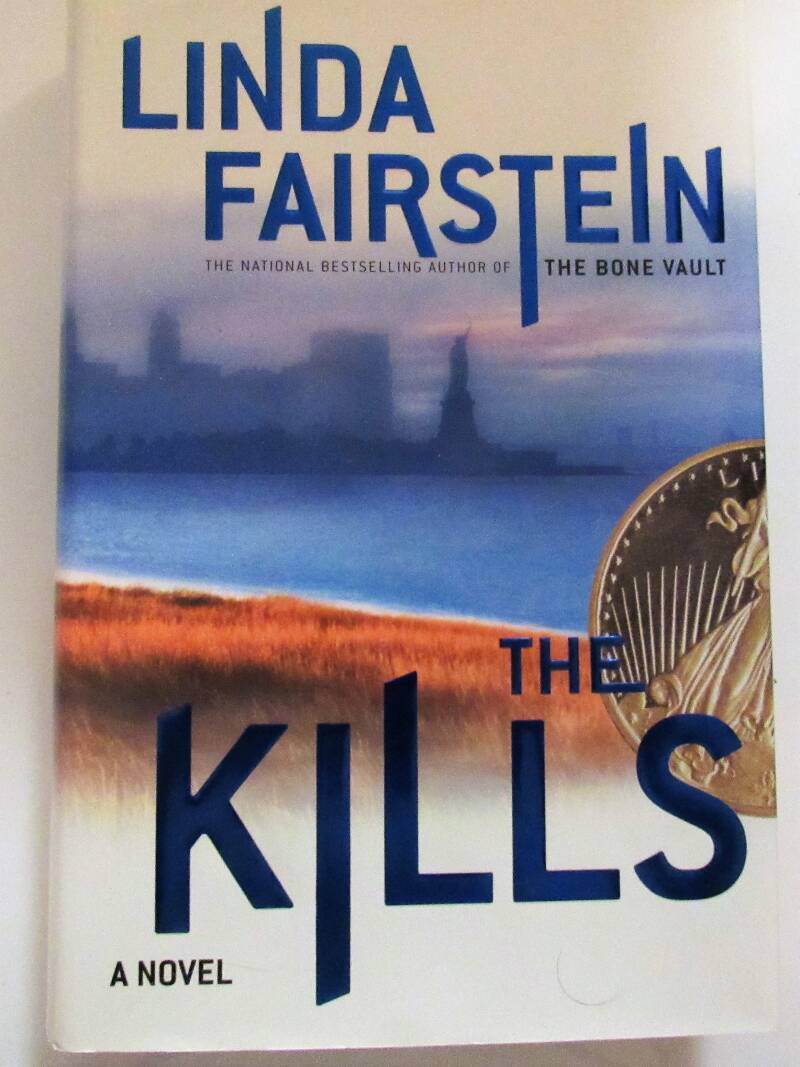 Inscribed "For Mark Some Foreign Intrigue - and Manhattan mayhem - So great to see Barbara - Linda June 2004."

Book 6 in the Alexandra Cooper Series. It’s going to be a tough trial. Manhattan sex-crimes prosecutor Alexandra Cooper’s case, involving an attack on investment banker Paige Vallis, would be difficult to prove even without the latest development—it seems that Paige has something to hide.

Most of her story is clear. She’d had dinner with New York consultant Andrew Tripping three times before the March evening when she accepted his invitation to accompany him to his apartment. But what occurred that night? Why didn’t she leave the apartment when he started to act strangely? What about Tripping’s little boy, Dulles? What happened to the child that fateful evening? And who is the strange man whose appearance in the courtroom seems to terrify Paige?

While Alex’s police detective friend Mercer Wallace helps her learn more of the sad details behind the increasingly puzzling rape case, colleague Mike Chapman is uptown in a decaying Harlem brownstone where eighty-two-year-old McQueen Ransome has been murdered, her apartment ransacked.

What could this impoverished, elderly woman have possessed that could have inspired such violence? Photographs on the wall suggest that “Queenie” was once a beautiful and voluptuous young woman who traveled to faraway places. Could there be a clue to her murder in her exotic background?

Her murder will be only the first. Others follow, as the tragic strands of the Paige Vallis and McQueen Ransome cases begin to converge in a poignant alliance of two women from very different worlds.

Faced with formidable personal and professional choices, Alex must learn the old lesson that appearances can deceive, even as she heads for a showdown in which her wits and her courage will be tested as never before.