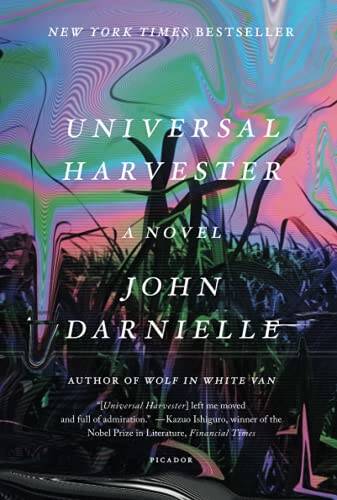 It’s the late ’90s, and you can find Jeremy Heldt at the Video Hut in Nevada, Iowa—a small town in the center of the state. The job is good enough for Jeremy, quiet and predictable, and it gets him out of the house, where he lives with his dad and where they both try to avoid missing Mom, who died six years ago in a carwreck. But when a local school teacher comes in to return her copy of Targets—an old movie, starring Boris Karloff—the transaction jolts Jeremy out of his routine. “There’s something on it,” she says as she leaves the store, though she doesn’t elaborate. Two days later, another customer returns another tape, and registers the same odd complaint: “There’s another movie on this tape.”

In Universal Harvester, the once-placid Iowa fields and farmhouses become sinister, imbued with loss and instability and foreboding. As Jeremy and those around him are absorbed into tapes, they become part of another story—one that unfolds years into the past and years into the future, part of an impossible search for something someone once lost that they would do anything to regain.