The Secret Agent by Joseph Conrad 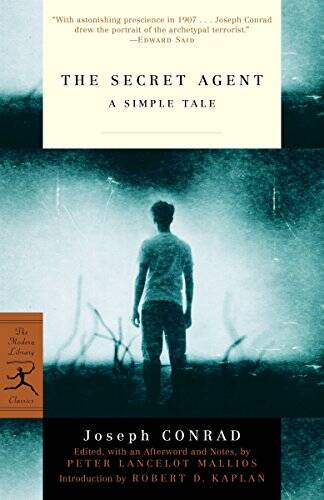 The place is London, and the time is the late 1800s. Mr. Verloc appears to be an unassuming owner of a bric-a-brac store, but he’s actually a spy for an unnamed country. When he’s summoned by his superiors and ordered to plant a bomb to foment unrest in English politics and society, he finds himself stuck in a more-than-uncomfortable situation.

Conrad’s novel is set against the background of the Greenwich Observatory bombing, in which an anarchist unsuccessfully tried to detonate a bomb near the building. Terrorist activity was on the rise, and Conrad uses the fear and uncertainty of the time to explore the meanings of duty and of evil, along with the influence politics and political movements have on terrorist violence.