The People we Keep by Allison Larkin 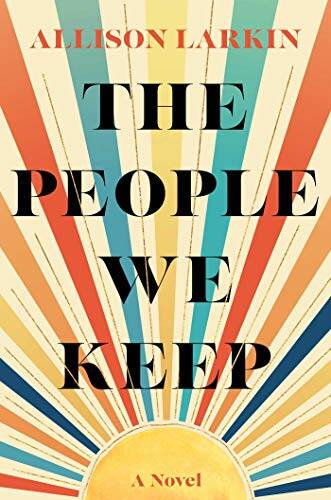 Little River, New York, 1994: April Sawicki is living in a motorless motorhome that her father won in a poker game. Failing out of school, picking up shifts at a local diner, she’s left fending for herself in a town where she’s never quite felt at home. When she “borrows” her neighbor’s car to perform at an open mic night, she realizes her life could be much bigger than where she came from. After a fight with her dad, April packs her stuff and leaves for good, setting off on a journey to find a life that’s all hers.

Driving without a chosen destination, she stops to rest in Ithaca. Her only plan is to survive, but as she looks for work, she finds a kindred sense of belonging at Cafe Decadence, the local coffee shop. Still, somehow, it doesn’t make sense to her that life could be this easy. The more she falls in love with her friends in Ithaca, the more she can’t shake the feeling that she’ll hurt them the way she’s been hurt. As April moves through the world, meeting people who feel like home, she chronicles her life in the songs she writes and discovers that where she came from doesn’t dictate who she has to be.