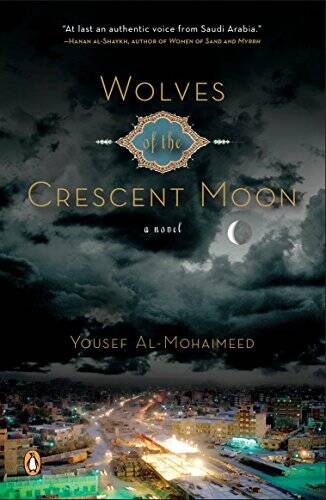 In a Riyadh bus station, Turad, a bitter older man, resolves to leave the city he has come to loathe. Born into a Bedouin family, Turad left his desert home as a young man to work in the city—as a tea-boy, car-washer, security guard, and office messenger—after a traumatic event that cost him his left ear. By chance, he happens upon a green folder left behind by another traveler, containing official reports about an abandoned baby born outside wedlock and found in a cardboard box, and documents about his subsequent years in an orphanage and a foster home. As Turad imagines the life of this abandoned child, his memories stray into the secrets of his own past, and that of his friend Amm Tawfiq, an old Sudanese man brought to Saudi Arabia as a child, castrated, and sold into servitude. In this elegantly constructed narrative, Yousef Al-Mohaimeed reveals the surprising connections in the life stories of three damaged people—the Bedouin, the orphan, and the eunuch—to tell a haunting tale of modern Saudi society. Confounding stereotypical images of life in Saudi Arabia, Wolves of the Crescent Moon is a moving, troubling, and ultimately redemptive story of pain remembered and hope restored.