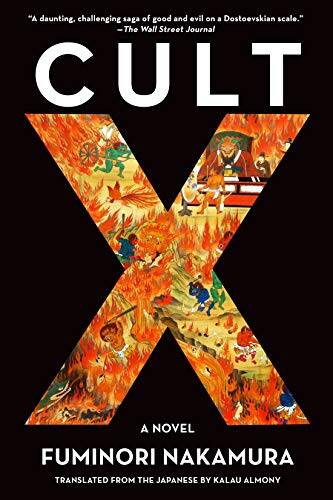 When Toru Narazaki’s girlfriend, Ryoko Tachibana, disappears, he tries to track her down, despite the warnings of the private detective he’s hired to find her. Ryoko’s past is shrouded in mystery, but the one concrete clue to her whereabouts is a previous address in the heart of Tokyo. She lived in a compound with a group that seems to be a cult led by a charismatic guru with a revisionist Buddhist scheme of life, death, and society. Narazaki plunges into the secretive world of the cult, ready to expose himself to any of the guru’s brainwashing tactics if it means he can learn the truth about Ryoko. But the cult isn’t what he expected, and he has no idea of the bubbling violence he is stepping into.

Inspired by the 1995 sarin gas terrorist attack on the Tokyo subway, Cult X is an exploration of what draws individuals into extremism. It is a tour de force that captures the connections between astrophysics, neuroscience, and religion; an invective against predatory corporate consumerism and exploitative geopolitics; and a love story about compassion in the face of nihilism.