The Magicians by Lev Grossman 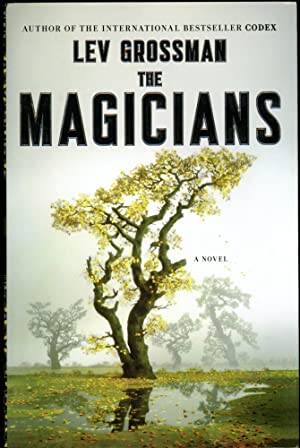 Quentin Coldwater is a high school senior, but he’s still secretly obsessed with a series of fantasy novels he read when he was little, about the adventures of five children in a magical land called Fillory. Compared to that, everything in his real life just seems gray and colorless. That changes when Quentin finds himself admitted to a very secret, very exclusive college of magic in upstate New York, where he receives a thorough and rigorous education in the practice of modern sorcery.

But magic doesn’t bring Quentin the happiness and adventure and meaning he thought it would—until he and his friends make a stunning discovery: Fillory is real. The Magicians is a grand, glittering fantasy that reinterprets the grand tradition of C.S. Lewis and J.K. Rowling in a brilliant novel for adults.

The Magicians was a New York Times bestseller in both hardcover and paperback. It has now been published in more than 25 countries and adapted as an hour-long TV drama on Syfy.