The Westminster Corridor: The Anglo-Saxon Story of Westminster Abbey and its Lands in Middlesex by David Sullivan 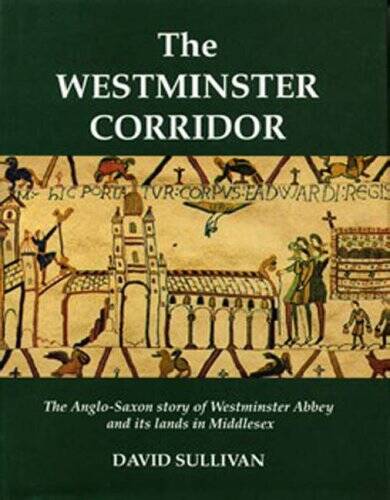 The Westminster Corridor is a convenient name for the group of districts which lay in a direct line from Westminster to the northern limits of Hendon, where Middlesex ends. It covers most of the areas now known as the West End of London, with Westminster, Holborn, Soho, Covent Garden, the Strand, Pimlico, Chelsea, Knightbridge, Paddington, Hampstead and Hendon.

The Author examines in detail the historical and geographical setting for the building of a small monastery on the edge of the flooding Thames, which in time became Westminster Abbey. He describes the founding of the Abbey in the tenth century and the lives of its occupants and those who worked on its lands. He also illustrates the charters and boundaries of the Abbey estates in the hinterland of the City of London, with the aid of 16 pages of colour maps and numerous illustrations, many of which relate to the whole of the County of Middlesex.