Dionysus A Social History of the Wine Vine by Edward Hyams 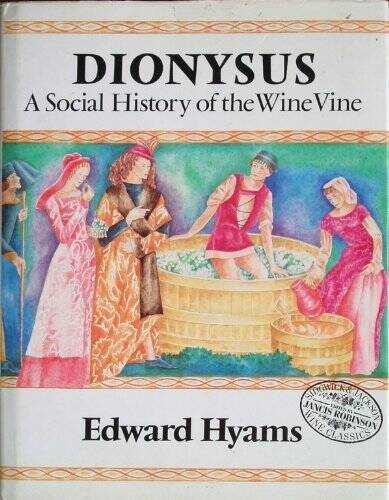 Dionysus tells the extraordinary story of a sacred plant - vitis vinifera, more commonly known as the grape-vine - from its prehistoric origins in western Asia to its final conquest of the world with the planting of vines in the Southern Hemisphere in the last century.

The vine has been a symbol of both pagan and Christian deities from earliest times: wine was used in funeral rites in ancient egypt; for producing explosive release of the bacchic mania in Greece; and is still used in the context of the Christian faith symbols to the eucharist.