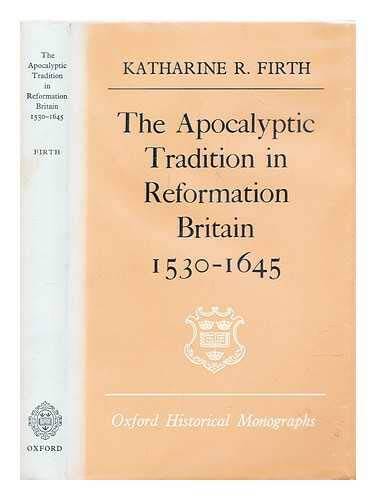 Dust Jacket has small chipping along top and bottom edge, but is generally in good+/very good- condition.

During the Reformation several generations of writers and preachers sought in the prophetic texts of the bible both an explanation and a justificaiton for the break with Rome. In their search for an understanding of the past they turned to a tradition which was already old at the time and gave it new expression.

This book traces the influence of a combination of prophetic texts upon the organization and representation of historical materials. It looks at commentaries on scripture and at martyrologies and histories, and reveals a preoccupation with the interpretation of phrophecy engaging the minds of men of learning in many of the contemporary arts and sciences. It shows how in Britain a tradition continued in a wider European context, altering and adapting to foreign influence and to Catholic controversy. Ultimately is sets the backdrop for the English Civil War.