Towards The Light: The Story of the Struggles for Liberty and Rights that Made the Modern West by A.C. Grayling 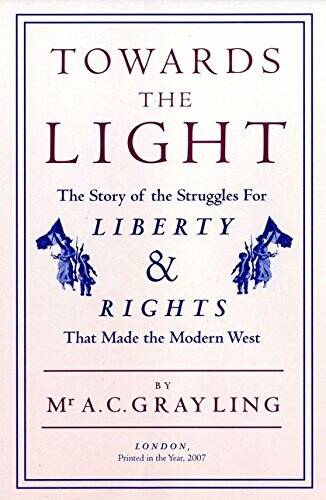 In Towards the Light, A.C. Grayling tells the story of the long and difficult battle for freedom in the West, from the Reformation to the Universal Declaration of Human Rights, from the battle for the vote to the struggle for the right to freedom of conscience. As Grayling passionately affirms, it is a story - and a struggle - that continues to this day as those in power use the threat of terrorism in the 21st century to roll-back the liberties that so many have fought and died to win for us. Including an appendix of landmark documents, including the British and American Bills of Rights and the Declaration of the Rights of Man and of the Citizen, the Bloomsbury Revelations edition also includes a new preface by the author reflecting on developments since the book's original publication.