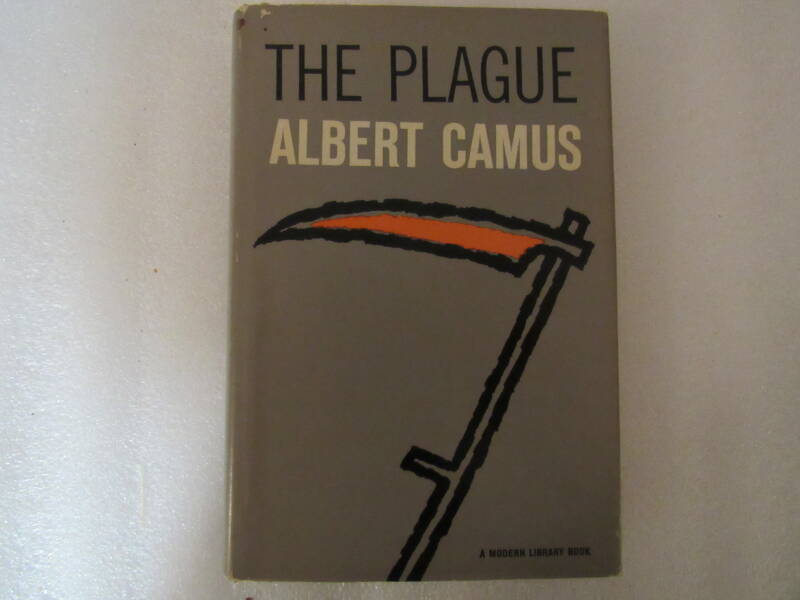 Minor edgewear. Dust Jacket price clipped. Some pencil marks on dust jacket flap and throughout all in pencil).

The Plague is a novel by Albert Camus, published in 1947.

It tells the story from the point of view of a narrator of a plague sweeping the French Algerian city of Oran. The narrator remains unknown until the start of the last chapter, chapter 5 of part 5. The novel presents a snapshot of life in Oran as seen through the author's distinctive absurdist point of view.

The book tells a gripping tale of human unrelieved horror, of survival and resilience, and of the ways in which humankind confronts death, The Plague is at once a masterfully crafted novel, eloquently understated and epic in scope, and a parable of ageless moral resonance, profoundly relevant to our times. In Oran, a coastal town in North Africa, the plague begins as a series of portents, unheeded by the people. It gradually becomes an omnipresent reality, obliterating all traces of the past and driving its victims to almost unearthly extremes of suffering, madness, and compassion.

The Plague is considered an existentialist classic despite Camus' objection to the label. The novel stresses the powerlessness of the individual characters to affect their destinies. The narrative tone is similar to Kafka's, especially in The Trial, whose individual sentences potentially have multiple meanings; the material often pointedly resonating as stark allegory of phenomenal consciousness and the human condition.