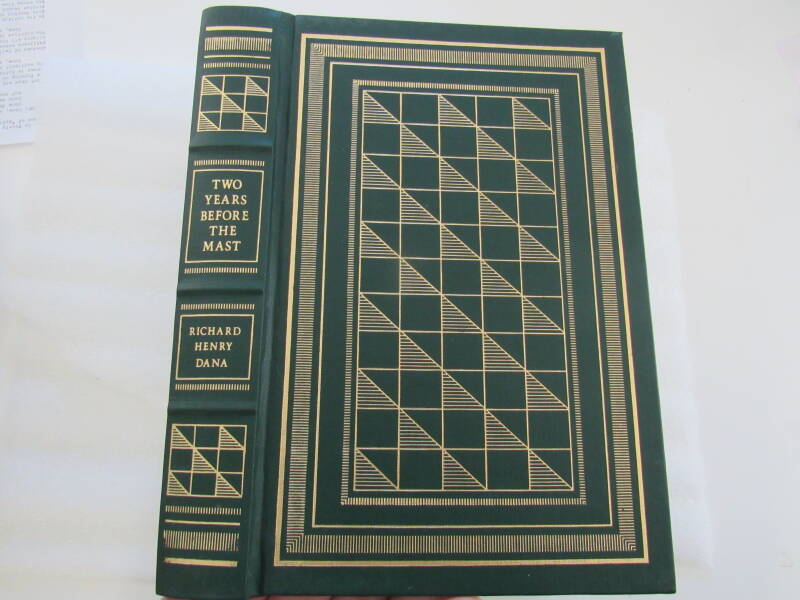 Two Years Before the Mast is a memoir by the American author Richard Henry Dana Jr., published in 1840, having been written after a two-year sea voyage from Boston to California on a merchant ship starting in 1834. A film adaptation under the same name was released in 1946.While an undergraduate at Harvard College, Dana had an attack of the measles which affected his vision. Thinking it might help his sight, Dana left Harvard to enlist as a common sailor on a voyage around Cape Horn on the brig Pilgrim. He returned to Massachusetts two years later aboard the Alert (which left California sooner than the Pilgrim).

He kept a diary throughout the voyage, and, after returning, he wrote a recognized American classic, Two Years Before the Mast, published in 1840.....

Richard Henry Dana Jr. (August 1, 1815 - January 6, 1882) was an American lawyer and politician from Massachusetts, a descendant of an eminent colonial family, who gained renown as the author of the American classic, the memoir Two Years Before the Mast. Both as a writer and as a lawyer, he was a champion of the downtrodden, from seamen to fugitive slaves and freedmen.

Dana was born in Cambridge, Massachusetts, on August 1, 1815 into a family that had settled in colonial America in 1640, counting Anne Bradstreet among its ancestors.His father was the poet and critic Richard Henry Dana Sr. As a boy, Dana studied in Cambridgeport under a strict schoolmaster named Samuel Barrett, alongside fellow Cambridge native and future writer James Russell Lowell.Barrett was infamous as a disciplinarian who punished his students for any infraction by flogging. He also often pulled students by their ears and, on one such occasion, nearly pulled Dana's ear off, causing the boy's father to protest enough that the practice was abolished.......