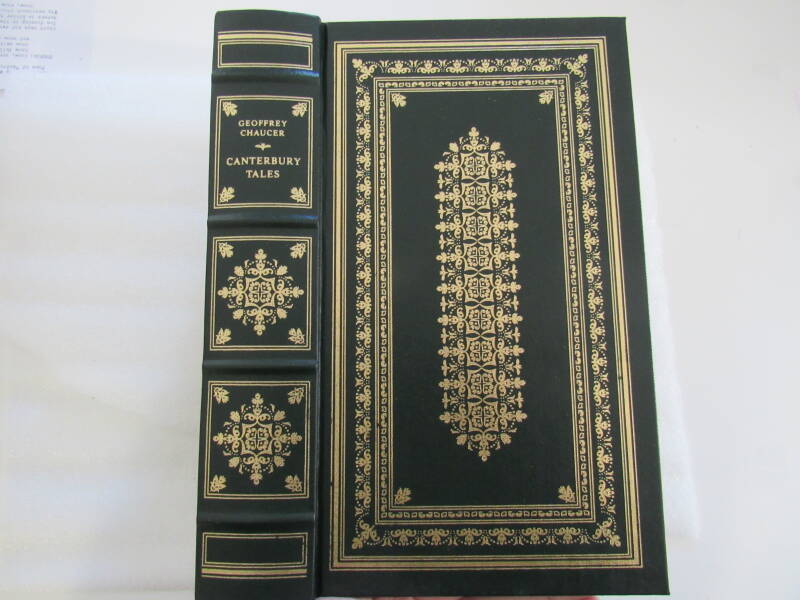 Contemporary Verse by J.U. Nicolson. Illustrations and Woodcuts by by William Caxton.

The Canterbury Tales is a collection of stories written in Middle English by Geoffrey Chaucer at the end of the 14th century. The tales (mostly written in verse although some are in prose) are presented as part of a story-telling contest by a group of pilgrims as they travel together on a journey from Southwark to the shrine of Saint Thomas Becket at Canterbury Cathedral. The prize for this contest is a free meal at the Tabard Inn at Southwark on their return.

After a long list of works written earlier in his career, including Troilus and Criseyde, House of Fame, and Parliament of Fowls, the Canterbury Tales was Chaucer's magnum opus. He uses the tales and the descriptions of its characters to paint an ironic and critical portrait of English society at the time, and particularly of the Church.