The Making of South East Asia by G. Coedes 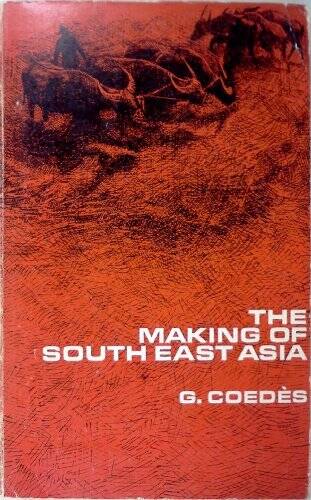 From the time of its original publication in France, this cultural history (first published in English in 1966) by an international authority has stood apart from other histories of South East Asia. Most such accounts describe events before 1500 in summary fashion, and concentrate on later developments. This book, on the contrary, deals mainly with the earlier, formative epochs that marked the flowering in the region of the Great Traditions of Hinduism and of Buddhism. Following a succinct sketch of the prehistoric period, the book moves on to a chronological account of the developments from the Chinese conquest of Annam in the third century to the period of European conquest in the nineteenth. It reflects the author’s thoughtful views concerning the evolution of political institutions, religions, literatures, and arts that distinguished the region. In geographical scope it embraces Thailand, Burma, and the area formerly known as French Indochina, and is an indispensable guide to the making of the region.