Sunday After the War by Henry Miller 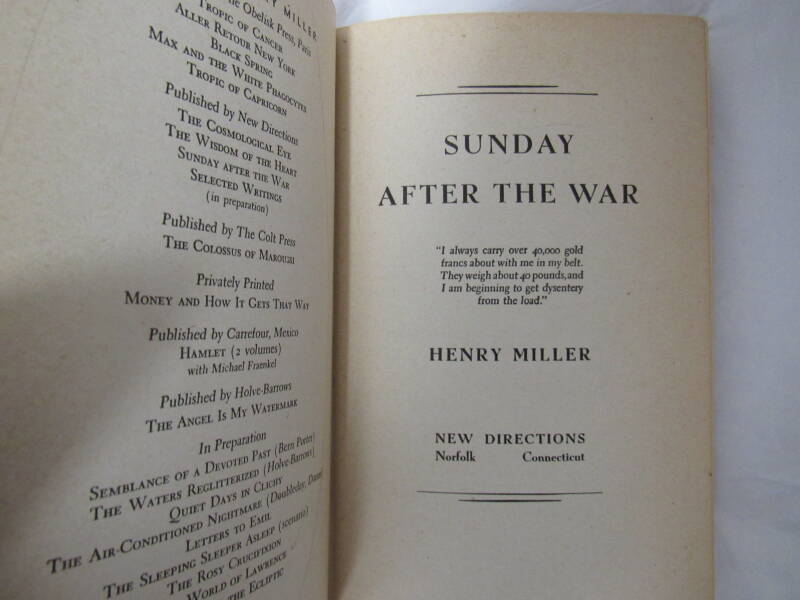 Iconoclast, prophet, poet, painter, philosopher, acute observer and recorder of the vagariesof his fellow humans, severe critic of modern civilization, partisan of the underdog, champion of frank expression, explorer in new realms of feeling--Henry Miller is a writer like no other writing today.”
This is a collection of Miller’s previously unpublished writings and includes works that were in progress at the time, a long story, a critique of Hollywood, and critical analyses on various subjects. Miller’s work was an influence on the Beat Generation and reflected an unconventional and highly unique approach. Much of his work was autobiographical and emphasized individualism, a preference for natural rather than overly civilized behaviour, and his endless search for intellectual and physical stimulation.