I Want to Tell You by O.J. Simpson 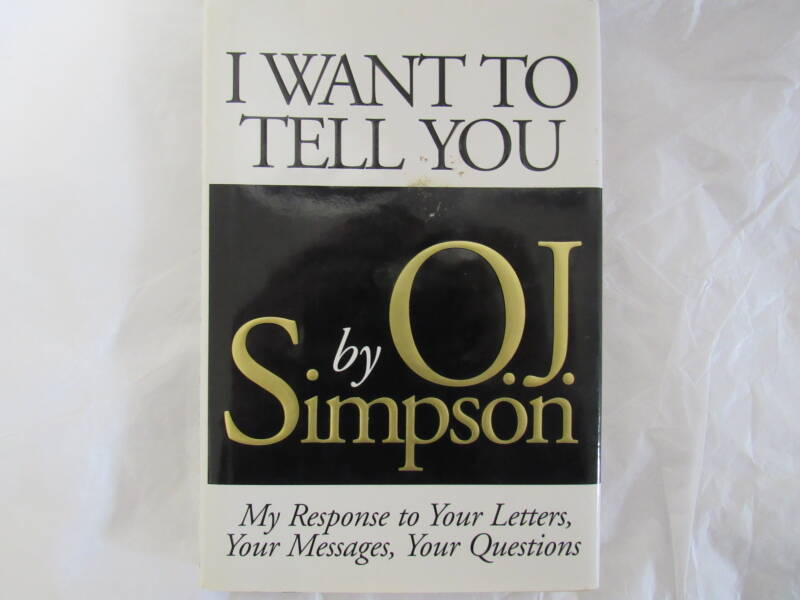 Signed by Author on back page.

In this book, O. J. Simpson speaks out for the first time since his arrest for the deaths of his ex-wife Nicole Brown Simpson and Ronald Goldman in June of 1994. I Want To Tell You is an emotional and factual self-portrait of O. J.'s mind at this critical time. As O. J. waits to be judged by a jury of his peers, his commentary, thoughts, and reflections are juxtaposed with letters selected from the more than 300,000 he has received from people across the United States, since being incarcerated at the Los Angeles County Jail. At last, and in his own words, O. J. talks about: his innocence, his life with Nicole Brown Simpson, his kids, the Media, the Judicial System, spousal abuse, religion, and racism. Here is the real O. J. Simpson, the human side of the athlete and public figure who was an American icon long before the events of last June brought him under the scrutiny of the public eye.