The Medical Formulary: Being a Collection of Perscription...by Benjamin Ellis 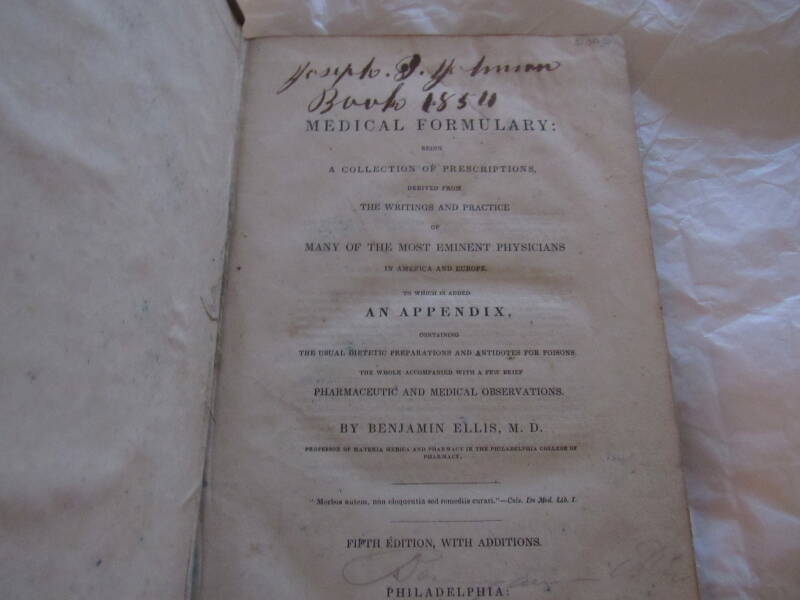 "Being a collection of prescriptions derived from the writings and practice of many of the most eminent physicians in American and Europe to which is added an appendix containing the usual dietetic preparations and antidotes of poisons. The whole accompanied with a few brief pharmaceutic and medical observations by Benjamin Ellis, professor of materia medica and pharmacy in the Philadelphia college of Pharmacy."

Exterior covers scuffed and worn, with thinning of cloth in various places, though no glaring flaws corners are bumped and rubbed, wear along spine. Several pages are lightly rippled, interior is marked with 19th century handwriting, chiefly the names of previous owners on the first few pages and back board. The text block itself is clear from writing and shows minimal to mild foxing throughout. Still well bound without any loosening of hinges or pages. An informative look at medicine of old.