The RIm of Space by A. Bertram Chandler and Secret Agent Terra by John Brunner 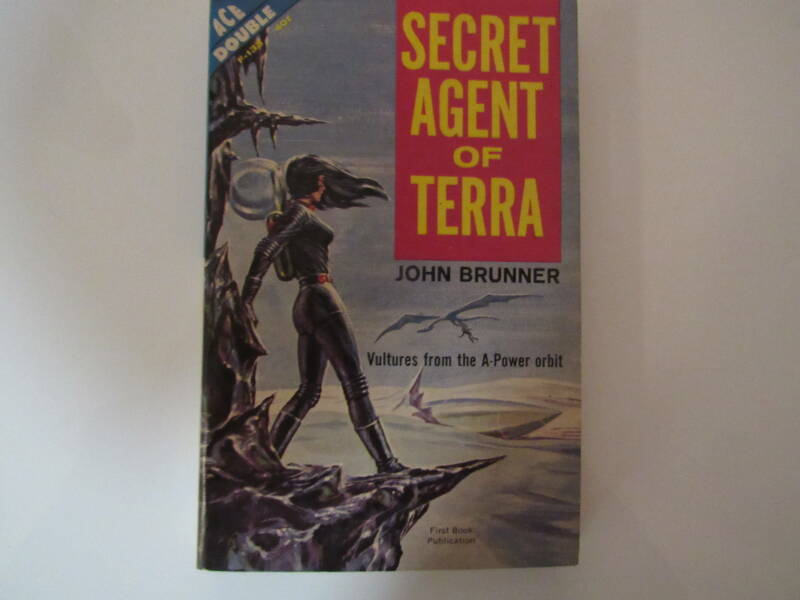 The Secret Agent of Terra by John Brunner

Planet 14 was just a speck on a spacial stereo map, just a world inhabited by a group of barbaric refugees. But to Belfeor, it was instant cash. All he needed was an iron hand and a means to dig out its radioactive resources for export to his own world. To Maddalena it was a final exam: this would be her last chance to prove herself worthy of Corps Galactica membership. To Saikmar, it was a nation and a people stolen from him by cruel treachery. To Gus Langenschmidt, it was part of a job he had, watching the skies and helping men who were being enslaved. But how do you help people who don't know you exist and who must not be told?

The Rim of Space by A. Bertram Chandler

Only one man ever survived contact with the Outsiders and Commander William Maudsley has always refused to speak of the horrors that destroyed his ship, murdered his crew, and left him a broken man. But there are always men willing to take great risks for the promise of great rewards: Derek Calver means to succeed where Maudsley failed. Despite the fears of his crew and vague rumors of terrible alien life beyond the rim, he will cross man's last frontier and enter the warped, unknown infinity "Outside."