The Scheme of Things by Lester del Rey 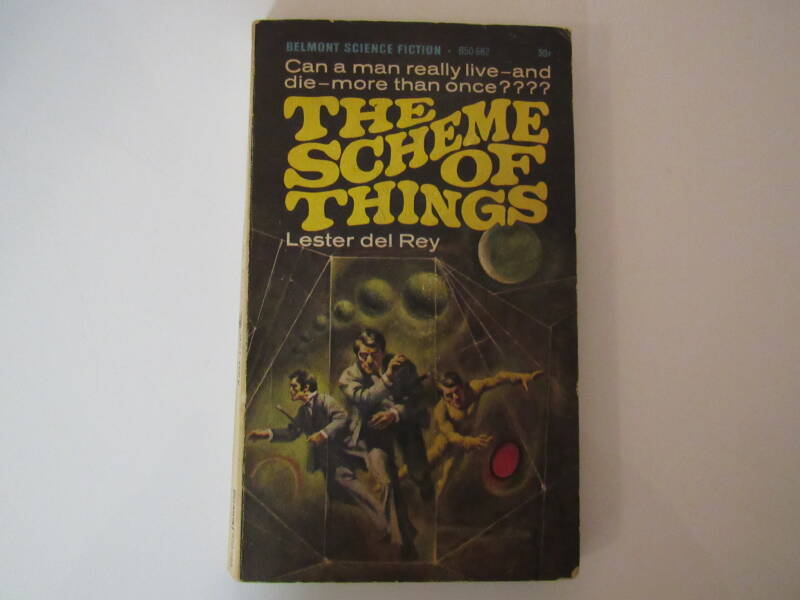 He lived simultaneously in the present, deep past, and far future -- and death threatened each life!
Was it possible that Mike Strong, assistant professor of logic at Kane University, had the rare ability to carry memories of other lives back and forth with him? In one life, he was the wealthy husband of a world famous acress ... In another, he was a big-time criminal, adored by beautiful women ... In another, he was one of the survivors after the Bomb was dropped -- starving, searching for food, without hope. And those were just some of his identities!
All had one thing in common -- he was slated soon to die in each life. In the grips of this strange force, he had to find out what it was, before it destroyed him!