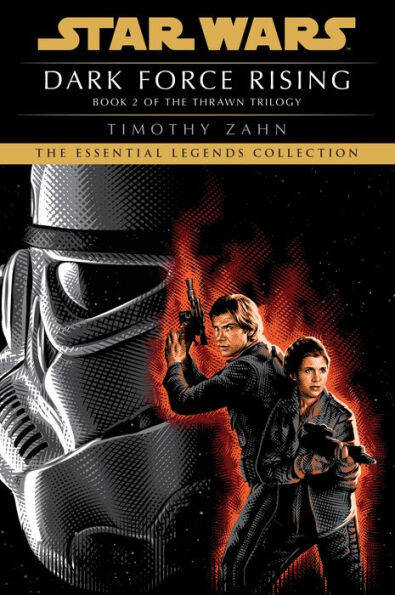 Book 2 of The Thrawn Trilogy.

The dying Empire’s most cunning and ruthless warlord, Grand Admiral Thrawn, has taken command of the remnants of the Imperial Fleet and launched a massive campaign aimed at the New Republic’s destruction. Meanwhile, Han Solo and Lando Calrissian race against time to find proof of treason inside the highest Republic Council—only to discover instead a ghostly fleet of warships that could bring doom to their friends and victory to their enemies.

Yet most dangerous of all is a new Dark Jedi, risen from the ashes of a shrouded past, consumed by bitterness, and scheming to corrupt Luke Skywalker to the dark side.