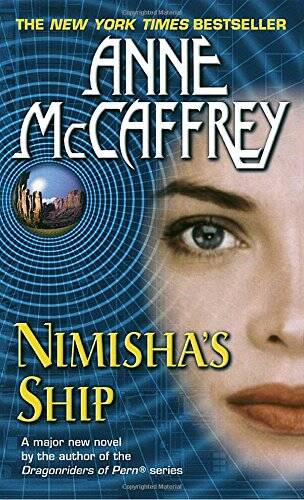 On Vega III, where the jaded inhabitants pursue lives of malicious intrigue and decadent pleasure, Lady Nimisha Boynton-Rondymense has always been an anomaly. Disdainful of the frivolity of her fellows, she prefers the exciting and challenging world of her father, Lord Tionel, owner and principal starship designer of the famous Rondymense shipyards.

Precociously gifted, Nimisha becomes Lord Tionel's secret assistant—and, in the aftermath of a shocking tragedy, his chosen successor at the helm of the shipyards. But supplanting her father's designated body-heir, the callow Lord Vestrin, is a slight that Vestrin and his mother, Lady Vescuya, will not easily forget. Or forgive.

Preoccupied with carrying on her father's ambitious plans for the Mark 5, an experimental long-distance cruiser, Nimisha dangerously disregards Vestrin's animosity—until a  solo test flight of the Mark 5 goes horribly awry, marooning Nimisha light-years from home on a planet as deadly as it is beautiful.

Now, Vestrin and Vescuya are given the chance they've been waiting for: to reclaim the shipyards . . . by any means necessary. Only Nimisha's child, Cuiva—a girl every bit as ingenious as her mother—stands in their way. But for how long? For just when her daughter needs her most, Nimisha is unable to help—and in a precarious situation herself. But Nimisha has never given up in her life—and she's not about to start now . . .