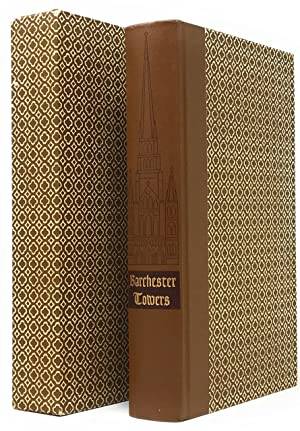 One of Trollope's funniest satirical comedies. Set in Barchester, a cathedral town in the west of England, the novel opens with the political appointment of Dr. Proudie as the new bishop of Barchester. This event sets up the main conflict of the novel—the traditional (represented by the High Church forces, led by Archdeacon Grantly) versus the new (represented by the Low Church newcomers, led by Mrs. Proudie and, initially, her protégé, the ambitious Mr. Obadiah Slope). Both forces contend for the newly vacant post of warden of Hiram’s Hospital. A major subplot concerns Slope’s unsuccessful attempts to marry into money.