Immortally Yours by Angie Fox 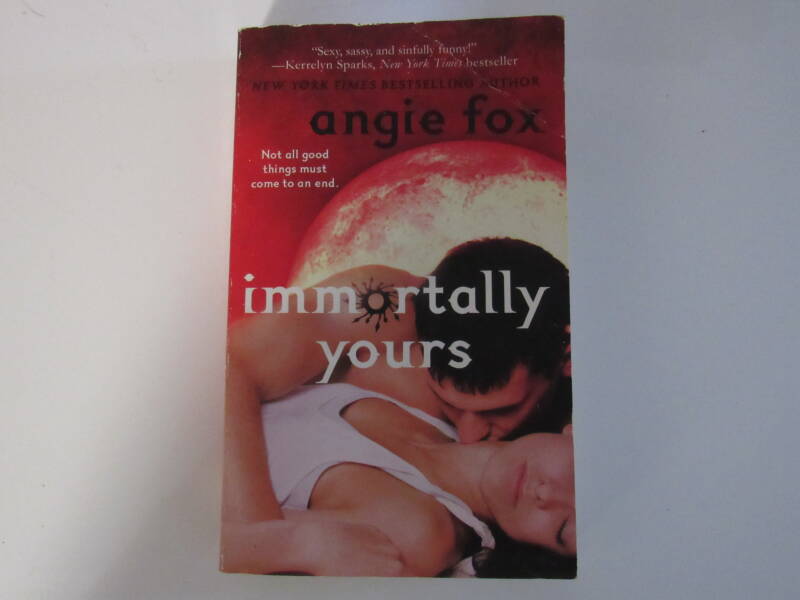 Book #1 in the Immortal trilogy.

Ancient gods. Modern war. And a star-crossed couple who could use some divine intervention.

The day I was drafted into the army of the gods, all I knew about being a MASH surgeon was what I’d learned from Hawkeye Pierce and Hot Lips Houlihan. Now here I am, Dr. Petra Robichaud, in the middle of an immortal war, assigned to a MASH camp with a nosy sphinx, a vegetarian werewolf, and an uptight vampire who really needs to get a life.

At least they’re all too busy with their own dramas to discover my secret: I can see the dead. It’s a forbidden gift, one that can get me killed, so I haven’t told a soul.

Until the arrestingly intense Galen arrives on my operating table, half-dead and totally to-die-for. When his spirit tries to slip out of his fatally wounded body, I impulsively slip it back in. Call it a rash resurrection. One I’ll live to regret.

Now Commander Galen of Delphi knows my secret, and he’s convinced I’m part of an ancient prophecy—one that can end the war for good. But taking a chance could cost me everything. And it would be easier to convince him to leave me alone, except now the prophecies are starting to come true…