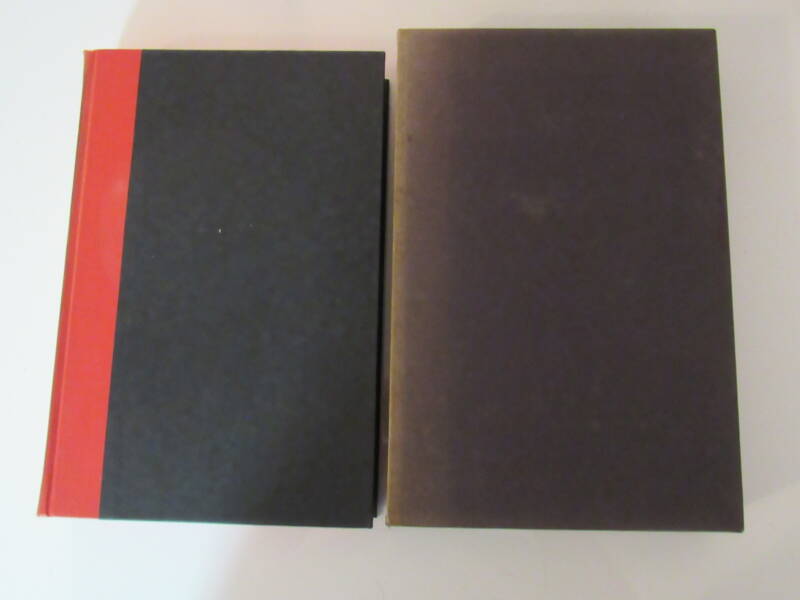 Some slight sketch of the life and character of Stendhal is particularly necessary to an understanding of Le Rouge et Le Noir (The Red and the Black) not so much as being the formal stuffing of which introductions are made, but because the book as a book stands in the most intimate relation to the author's life and character. The hero, Julien, is no doubt, viewed superficially, a cad, a scoundrel, an assassin, albeit a person who will alternate the moist eye of the sentimentalist with the ferocious grin of the beast of prey. But Stendhal so far from putting forward any excuses makes a specific point of wallowing defiantly in his own alleged wickedness. "Even assuming that Julien is a villain and that it is my portrait," he wrote shortly after the publication of the book, "why quarrel with me. In the time of the Emperor, Julien would have passed for a very honest man. I lived in the time of the Emperor. So—but what does it matter?"

Book has sunned and faded spine, else no other flaws. Slipcase in fair condition, thinning mark from where object was placed (vase or LP?) on one side. Light fading from sun around edges.