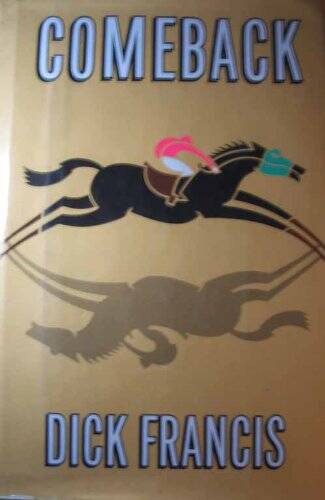 Fresh from a posting in Tokyo, young British First Secretary Peter Darwin decides to holiday in England before taking up his next assignment for the Foreign Office. During a brief stopover in Miami, Peter is accidentally caught in a scuffle that leaves two acquaintances beaten and robbed. Peter stands by his new friends until they are safely delivered to their next destination: Gloucestershire, England, his childhood home and scene of long-buried memories. There he walks unexpectedly into a veterinary surgeon's racehorse-related nightmare. As his involvement with the doctor's plight grows, as as more racehorses meet an untimely end, Peter realizes that events from his own past are the keys to saving some decent people- and the things they love-from destruction.

Tact, intuition, wiliness: such are the weapons of diplomacy. Now Peter Darwin must wield them not for political reasons, but rather to unravel the enigma of the cruel fate befalling the local bloodstock. The trick is to stay alive himself.