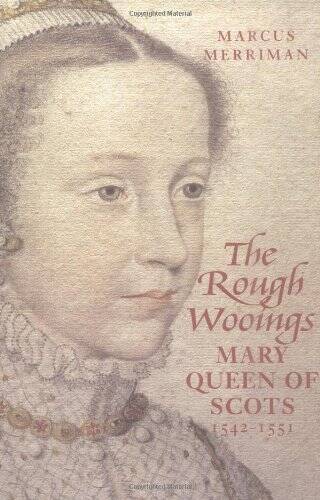 The 'Rough Wooings', fought by major figures of sixteenth-century Europe for the hand of the young Mary Queen of Scots, were wars as intense, wide-ranging and devastating as the wars of the three Edwards which ravaged fourteenth-century Scotland.
But the Wooings were wars of independence as well. As the kings of England and France vied to control the bestowing of Mary's hand in marriage, so Scotland herself strove to remain free of them. And Scotland won. But it was a close-run thing. The politics and international diplomacy involved were as sophisticated and complex as the century provides; the warfare and political literature as revolutionary and modern as for any part of Europe. Protestant zealots were forged on its anvil; massive navies ranged the North Sea; Italian military technology was brought to bear. All for one of the most fascinating queens in history.
This is the story of her beginning, a rich and vibrant epic involving many of the major figures of early modern history. Henry VIII of England, Francois I and Henri II of France bestride the canvas, but even they cannot obscure the beguiling figure of the young Mary Queen of Scots.