Autocrat at the Breakfast Table by Oliver Wendell Holmes 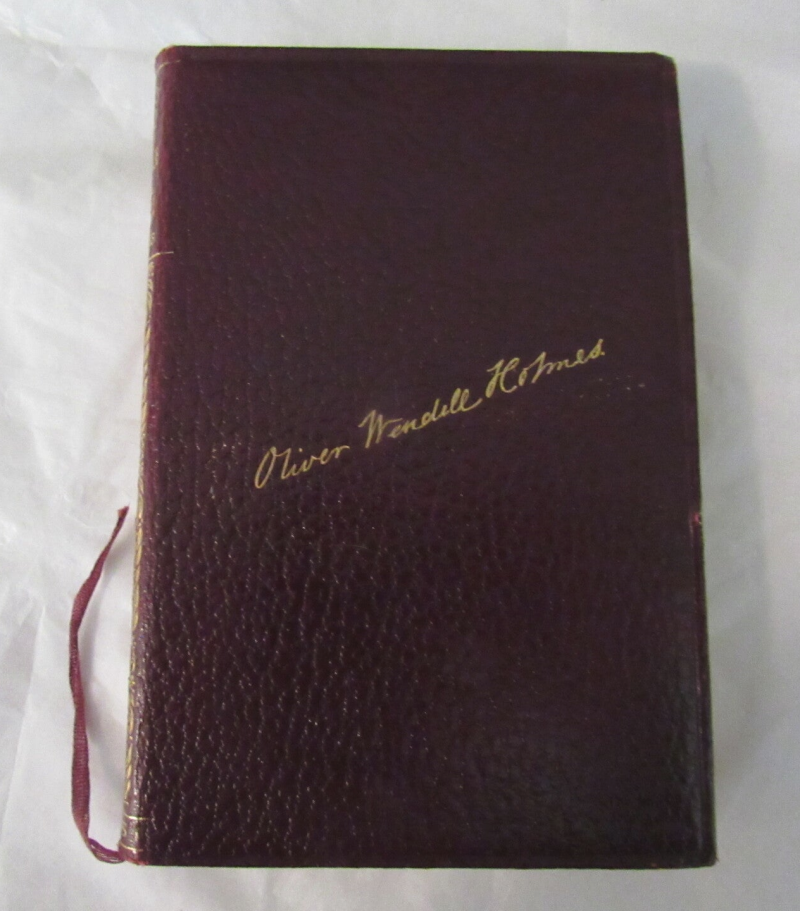 Gilt edges and decorations on spine. Illustrated by H.E. Butler.

A superb example of a literary form that has long since fallen into disuse, this seriocomic one-sided conversation with the dictatorial "autocrat" was originally published in segments in the Atlantic Monthly magazine in 1857 and 1858. The unnamed speaker offers an entertainingly rambling series of observations on everything from the odd things that children believe to the unexpected benefits of old age, from the divide between the creative and the scholarly to a recommendation for drinking as a vice. An insightful and frequently hilarious discourse on American civic life, this is a forgotten classic of playful liberal intellectualism.