South with Scott by Admiral Evans 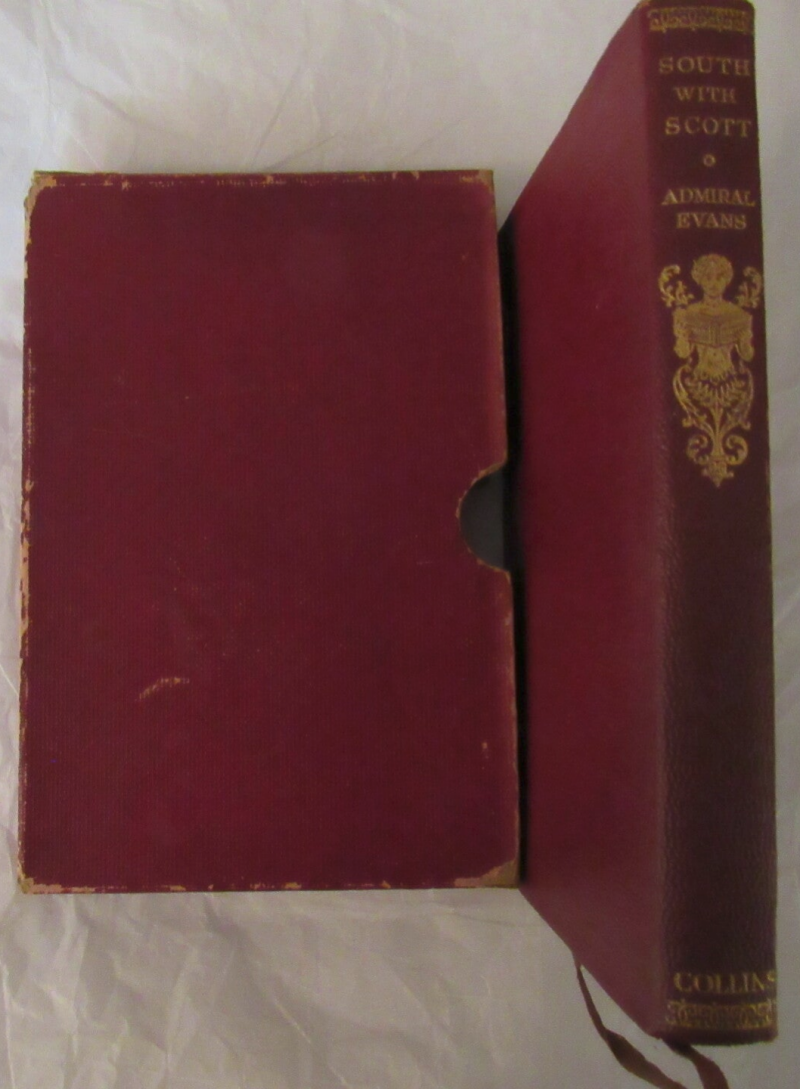 dward Ratcliffe Garth Russell Evans, 1st Baron Mountevans, (1880-1957) was a Royal Navy officer and Antarctic explorer. He was seconded from the Navy to the Discovery expedition to Antarctica in 1901-04, when he served on the crew of the relief ship and afterwards began planning his own Antarctic expedition. However, he suspended this plan when offered the post of second-in-command on Robert Falcon Scott's ill-fated Terra Nova expedition to the South Pole in 1910-13, as captain of the expedition ship Terra Nova. He accompanied Scott to within 150 miles of the Pole but later became seriously ill with scurvy and only narrowly survived the return journey. Following his Antarctic service Evans had a successful naval career, serving at the outbreak of WWI in 1914 in the rank of commander. In 1921 he published South With Scott, his first-hand account of the Discovery Expedition.