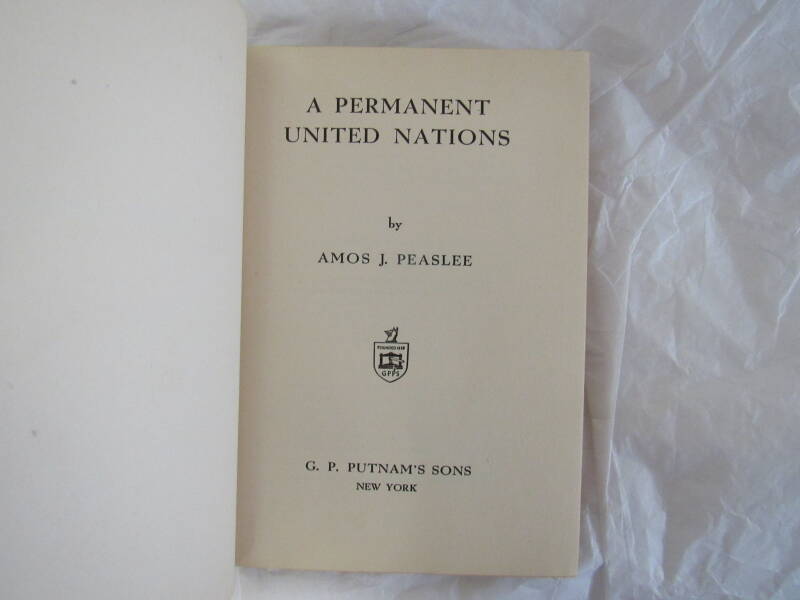 An argument for the creation and sustaining of a united nations and Germany's roll in the post-war world with the other allied nations.

Peasee served as a United States Army Major in World War I and as Commander in the United States Navy during World War II. An international lawyer, he was president of the American Peace Society and played a role in writing the Charter of the United Nations.